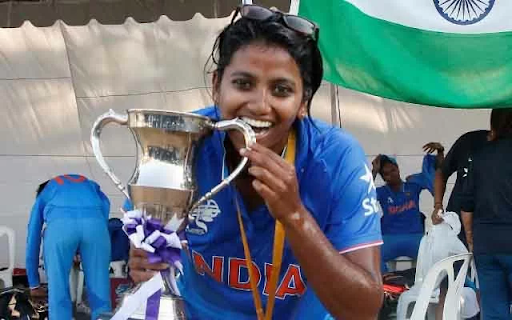 She thanked her teammates, family members, mentors, and friends. She also thanked the state associations of Karnataka and Bengal for representing their respective states in domestic cricket.

In 2014, the right-handed batsman made her ODI debut against Sri Lanka at the age of 23. Vanitha represented India in 6 ODIs and 16 T20Is from 2016 to 2018. Her problem was addressed in her post, in which she stated that her heart wishes to play, but her body prevents her from doing so. Vanitha acknowledged her gratitude for the opportunity to represent India, but she admitted to having some regrets along the way.

She has scored 85 ODI runs and 216 T20I runs for India in her brief international career. She was also a part of the Indian team that competed in the 2016 Women's World T20, held in India. Vanitha batted first in T20 cricket; however, she batted in the middle overs in One Day cricket.

Vanitha also played a crucial role in leading Bengal to the semi-finals of the Women's Senior One-Day Trophy in 2021-22. With a strike rate of over 100 in the competition, the middle order batter scored 225 runs for her team, with a 61-run innings against Andhra Pradesh and a 107-run innings against Hyderabad being the highlights.

The player signed off without disclosing much detail about her plans; however, she wanted to spend the next chapter training younger cricketers. She saw her retirement as the beginning of a new adventure, not the end.