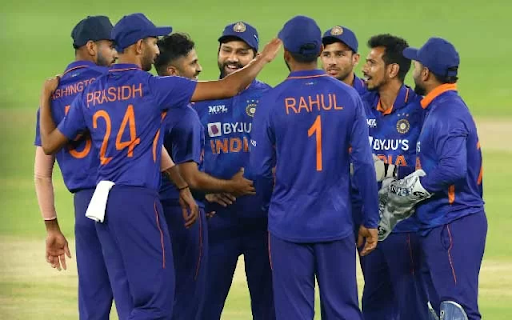 The 2nd ODI between India and the West Indies was held in Ahmedabad's Narendra Modi Stadium, and the hosts won by 44 runs to take the series. The West Indies won the toss and invited the guys in blue to the willow show first. The Indian team started the competition by bringing in KL Rahul, who replaced the young Ishan Kishan, while the visitors were missing regular skipper Kieron Pollard.

Full-time skipper Rohit Sharma was anticipated to get the team off to a blazing start once again, but Kemar Roach cut his stay short at five runs. In an unexpected change of events, Rishabh Pant strolled in to open for India, but after collecting 18 runs, he left without adding much. Virat Kohli's search for his 71st century was extended once more when he turned around after scoring 18 runs.

However, the innings performed by KL Rahul and Suryakumar Yadav were a bright spot in India's batting lineup. While Rahul was forced to return after hitting 49 runs due to a mix-up with Suryakumar, the latter shone with a brilliant half-century (64 off 83). Deepak Hooda, an all-rounder, made a crucial contribution towards the end, smashing 29 off 25 balls to help India reach 237 runs.

Alzarri Joseph and Odean Smith each took two wickets, although Roach only took one, and Joseph had the greatest economy on the day. Shamarh Brooks was the most promising batsman for West Indies as soon as the chase game began, smashing 44 off 64 in the middle. With 34 runs, Akeal Hosein led the way, followed by Odean Smith with 24.