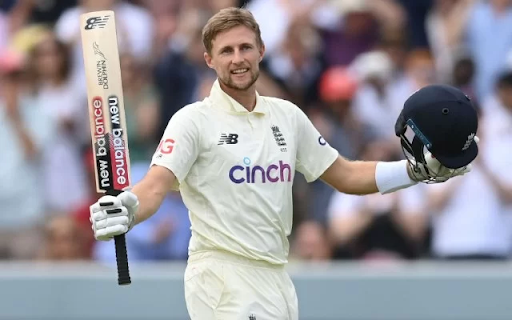 The ICC has named their Men's Test Cricketer of the Year. While many deserving candidates put in outstanding performances in the previous year, England Test captain Joe Root has been named the winner.

In 2021, Joe Root had a fantastic year, scoring 1708 runs in 15 games, including six centuries. While many questioned his status in the modern-day "Fab Four," Root silenced them all with his bat and regularly scored runs. He impacted English wickets and Asian pitches, particularly in last year's harsh Indian conditions. In Australia's just finished Ashes series, the 2019 World Cup winner scored half-centuries but failed to break the three-figure mark even once.

Only Pakistan's renowned hitter Mohammad Yousuf (1788 in 2006) and Windies star Viv Richards (1710 in 1976) have scored more than 1700 runs in the conventional style in a calendar year, making this perhaps Joe Root's best performance on the 22 yards.

Root had put in some outstanding batting performances in the previous year, including some epic knocks in Galle during England's tour of Sri Lanka, which he repeated the feat in the next series at Chennai's Chepauk turning track before smashing a spectacular double century against the same opponents at Lord's.

While the senior batsman has wowed everyone with his tremendous batting performances over the past year, his Test captaincy has been scrutinised and harshly questioned.

After a 2-0 whitewash on Sri Lankan soil in January last year and a one-sided dominance in the series opener against India at Chepauk, things went downhill for the Joe Root-led side in Test cricket, as they were defeated 1-3 in that series and failed to qualify for the inaugural ICC World Test Championship final.

They subsequently lost 1-0 to eventual WTC champions New Zealand at home before losing 1-2 to India in a five-match Test series with one game set for July this year. The recent 0-4 thrashing in the Ashes series in Australia has added insult to injury.