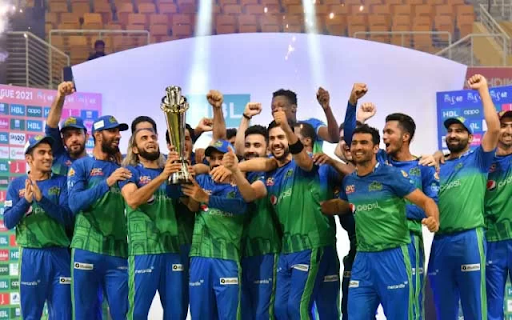 The Pakistan Super League (PSL) 2022 will occur between the 27th of January and the 27th of February 2022. Only two cities, Karachi and Lahore, will host the entire event.

Also, according to a Pakistan Cricket Board (PCB) official, if the PSL is suspended for any reason and there is no other window in which it can be played, the league will be terminated entirely.

The PCB has authorised full-house crowds in Lahore due to a surge in Covid-19 occurrences, while matches in Karachi will be played in front of a quarter-full house. In addition, to attend the stadiums for every PSL match, all spectators will need a vaccination certificate.

If any cricketer or support staff member tests positive, he will immediately be removed from the squad. All 'close contacts' will also be separated from the rest of the group.

The individual will then be separated from the others for seven days. And, if someone violates the tournament's protocols, they will be penalised, and if the violation is severe enough, they may be removed from the league.

The Multan Sultans won the Pakistan Super League (PSL) in 2021, defeating the Peshawar Zalmi team by 47 runs in the tournament's final.

Multan Sultan bowlers reduced their opponents to 159/9 after putting a massive 206/4 on the board. Sohaib Maqsood was honoured as the Player of the Match after scoring 65 runs off just 35 deliveries to help his team win. Rilee Rossouw, in addition to Maqsoos, struck a stunning 21-ball 50.