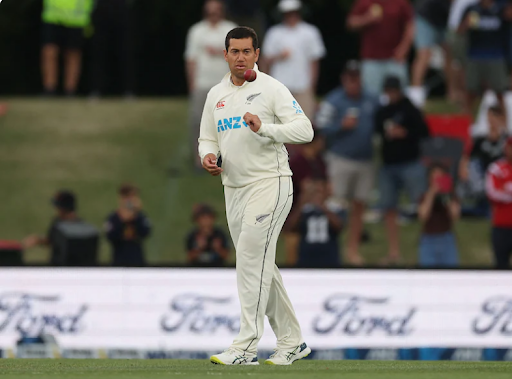 The New Zealander was embraced by his teammates after grabbing the wicket.

With the win, New Zealand drew a 1-1 tie with Bangladesh in their two-match series. At the Bay Oval in Mount Maunganui, the tourists had pulled off an improbable victory in the first Test.

In the second, however, New Zealand came roaring back, with stand-in skipper Tom Latham leading from the front.

New Zealand declared at 521 for six in their first innings, with the left-hander scoring a stunning 252.

As Bangladesh was skittled out for 126 in the first innings, Trent Boult took a fifer and reached the milestone of 300 wickets.

Bangladesh was bowled out for 278 in their second innings after being forced to chase a 385-run deficit.

Taylor commented that it is fantastic to end his career with a win and a wicket; he wanted to end on a high note, and the lads delivered. He also said that Bangladesh has put us under a lot of stress on several occasions, so it's only fair that we share the series with them.