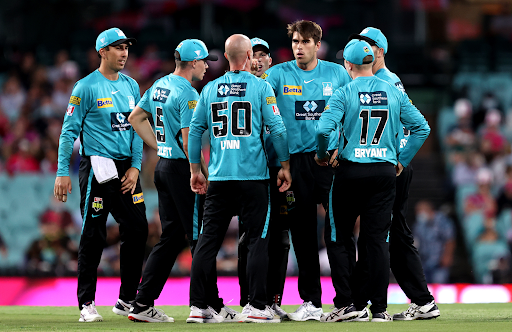 Following the initial wave of COVID-19, the cricketing world began to handle matches inside bio-secure bubbles with extreme caution. On the other hand, the third wave of severe illness has already started to manifest itself, and it is already affecting the continuing BBL matches as well. In the most recent turn of events, 12 members of the Brisbane Heat have tested positive for COVID-19, and the Heat's match against the Sydney Sixers has been cancelled.

Following the most recent round of COVID-19 RT PCR testing, it was announced that 12 of the results were positive, indicating that the club will be unable to field a player for the upcoming game. The team is yet to announce whether or not they will field players against the Melbourne Renegades in the upcoming match.

On January 6, the Heat are set to fly out of Gold Coast on a charter jet with the remaining players, coaches, and local players eligible for replacement. All seven Game and two Game Gold Coast members will be fully refunded for this game, and according to claims made by Queensland CEO, a team will contact everyone for reimbursements through email.