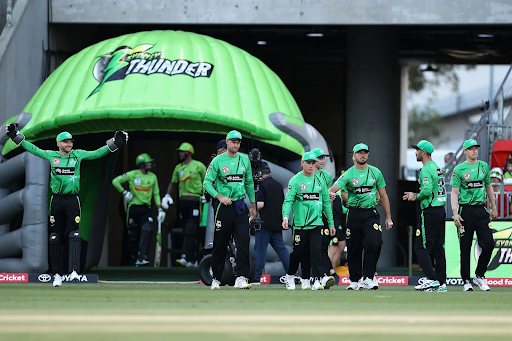 The 27th match in the ongoing BBL 2021-22 between Perth Scorchers and Melbourne Stars has been postponed. The decision was made after a Melbourne camp's coaching staff member tested positive for Covid-19.

The Big Bash League's (BBL) General Manager, Alastair Dobson, stated that the organisers had no choice but to postpone the match between the Melbourne Stars and the Perth Scorchers. Dobson said that the decision was made with the participant's safety in mind.

All players have been retested, but the results will not be available before the match's scheduled start time today, requiring the postponement.

It's the first WBBL or BBL match to be rescheduled since the outbreak began.

The Melbourne Stars were set to welcome back Haris Rauf. The franchise brought in the Pakistani speedster after suffering a serious injury crisis at the start of the tournament.

With T20 World Cup champions Marcus Stoinis, Glenn Maxwell, and Adam Zampa facing off against Mitch Marsh, the match was billed as a blockbuster.

Finalists three times with three victories and three defeats, the Melbourne Stars are presently sixth in the table. The franchise got off to a bad start in the competition, losing a record-setting game to the defending champions Sydney Sixers.

The Perth Scorchers, on the other side, have won their first six games in a row, and the Sydney Thunder ended the streak on Tuesday. The franchise is now second behind the Sydney Sixers on a net run-rate basis.