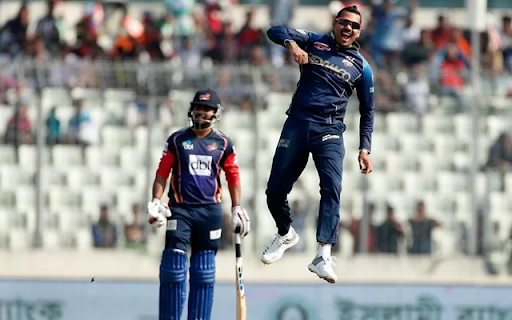 The two-time champions of the Bangladesh Premier League (BPL), Comilla Victorians, have signed Faf du Plessis, Moeen Ali, and Sunil Narine for the 2018 edition of the T20 tournament. The Victorians, who Lotus Group owns, are expected to return to the game after missing out on the previous edition two years ago.

Du Plessis and Moeen have just returned from the Sheikh Zayed Stadium in Abu Dhabi, competing in the Abu Dhabi T10 League. Narine last appeared for the Kolkata Knight Riders (KKR) in the Indian Premier League's second leg in 2021. (IPL). Comilla's managing director, Nafisa Kamal, revealed that Du Plessis, Narine, and Moeen had been signed for the upcoming BPL season.

In 2015-16, the Victorians won the tournament for the first time, defeating the Barishal Bulls by three wickets at Dhaka's Sher-e-Bangla National Stadium. They have crowned champions for the second time in the 2018-19 season, beating Rangpur Riders by 57 runs in the final.

The BPL begins on January 20 and will likely last for about a month, ending on February 20. It will, however, coincide with the Pakistan Super League (PSL), which will begin on January 27. Nonetheless, Sheikh Sohel, a BPL's governing board member, seems unconcerned about the PSL.

In the meantime, the BPL has selected six clubs for the 2018 season. BCB sources first reported the news on Sunday, December 12. The Khulna Tigers, Rangpur Riders, and Dhaka Dynamites have walked out of the tournament due to the one-year contract.