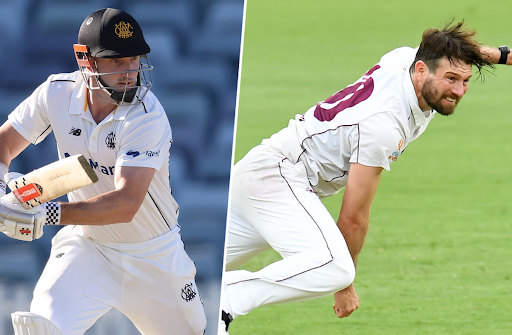 With superstar Shaun Marsh going to miss the beginning of the tournament owing to injury, the Melbourne Renegades' KFC BBL prospects have to face a major setback.

During Western Australia's Marsh Sheffield Shield triumph at the Gabba last week, Marsh injured his left calf while dashing between the wickets.

The 38-year-old staggered off the field and was forced to retire hurt late on the first day of the match against Queensland, but reappeared the next day with a runner after the ninth wicket fell as WA attempted to create a first-innings advantage.

He successfully added four more runs to his tally, bringing his total to ten runs not out, before being left stranded when no. 11 Lance Morris was defeated by Jack Wildermuth.

Nick Jones - the head physiologist of WA Cricket told the media that the batter has a serious left calf muscle injury that will keep him out of the field for about six weeks.

Marsh would be out until at least beyond Christmas, which would mean he would miss the Renegades' opening four games of the season. The capable batter hit 312 runs in 12 innings at the top of the order for the Renegades in the BBL last season, with a strike rate of 126.

On the other hand, Ashes prospect Michael Neser, who injured his right hamstring in the same Shield match, has taken a stride toward being fit for selection for the first Test on December 8. The 31-year-old fast resumed running on Monday as part of his rehab and is fully and completely on pace to play in the Ashes, according to Queensland cricket.

On the opening day of the Shield match, the swing bowler, who has been a frequent component of Australia's Test squads in recent years, experienced a minor hamstring strain while bowling.

After an outstanding county season in the United Kingdom that netted 23 wickets in five matches, he is set to be named in Australia's enlarged Ashes team, which is scheduled to be unveiled sometime this week.

Meanwhile, Jon Holland from Victoria was taken out of the contest due to a concussion, although it's unclear whether he'll miss this week's encounter.