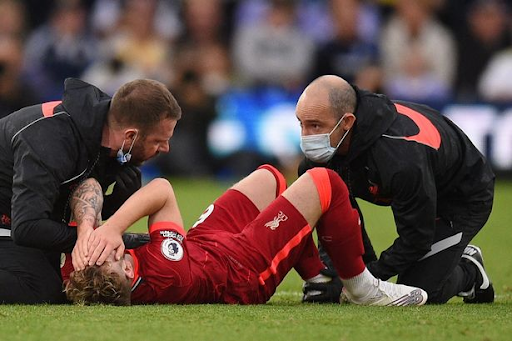 Liverpool midfielder Harvey Elliott was sent off the pitch after a mistimed tackle from Leeds United defender Pascal Struijk. After a protracted absence due to a feared fractured ankle, the young Englishman was replaced in the 62nd minute of the game.

63' - Sad scenes here at Elland Road, as Harvey Elliott is stretchered off. Struijk has been shown a red card.

Struijk hindered Elliott around the midway line, and the game was soon halted as the youngster went down following a vicious tackle. Following a lengthy delay, the Leeds United player was sent out for his challenge, and Elliott was replaced by Jordan Henderson, who was stretchered off the ground to a standing ovation from both sets of fans.

Elliott used Instagram to confirm that he was awake and thank fans all across the world for their love and support.