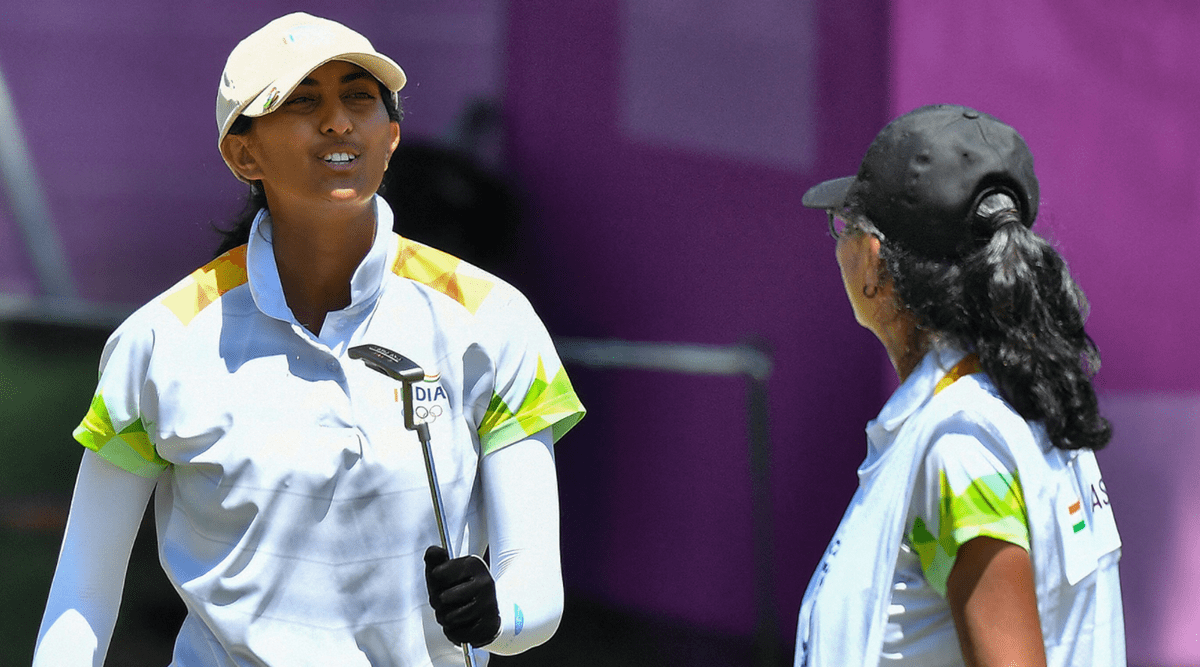 Indian golfer Aditi Ashok shot a perfect five-under 66 in the second round of the women's competition at the current Games on Thursday, putting her in contention for a historic Olympic medal.

On another sweltering day at Kasumigaseki Country Club, the 23-year-old finished the hole in 4 strokes, including three in the final four holes, to tie for second on nine-under 133 with Danish duo Emily Kristine Pedersen (63) and Nanna Koerstz Madsen (64).

Aditi, who is competing in her second Olympics with her mother, Maheshwari, as her caddie, is four shots behind the top golfer in the world Nelly Korda of the United States.

With birdies on holes 2, 5, 15, 17, and 18, Aditi put herself in an excellent position to capture India's first-ever gold in golf.

With the competition's potential cut to 54 holes due to predicted thunderstorms over the weekend, the petite Indian knows she must keep hitting the flags to achieve what would be a historic podium finish for Indian golf.

Her excellent start in the women's competition has continued to garner much attention at home on social media, which Aditi hopes will make the sport more appealing to the general public.

She wishes for a medal, yet she is wise enough to see the importance of staying in the present.