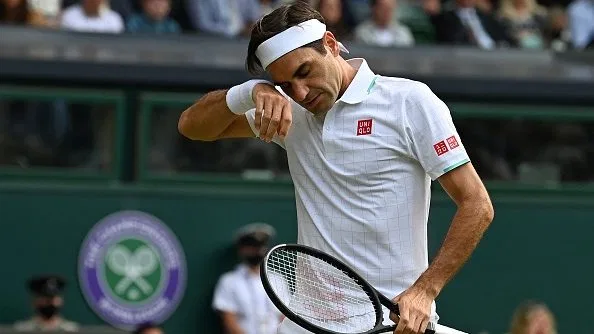 Swiss tennis star Roger Federer is the latest major name in tennis to withdraw from the Tokyo Olympics due to a knee injury diagnosed during the grasscourt season.

Federer, who will turn 40 next month, underwent two knee surgeries in 2020, requiring more than a year of recovery.

The Swiss great made his comeback in March, 13 months after losing in the semi-finals of the Australian Open last year.

Despite winning his third-round match at the French Open last month, he withdrew, claiming he wanted to save himself for the grasscourt season.

He was chasing a record-extending seventh Wimbledon title when he was defeated in the quarter-finals by Hubert Hurkacz.

Federer and Stan Wawrinka won the gold medal in the doubles event at the 2008 Beijing Olympics.

He only managed to claim the silver in the singles four years later in London when he was defeated on Wimbledon's Centre Court by British player Andy Murray.

He also served as the flag bearer for Switzerland at the 2004 and 2008 Olympic Games.

Rafael Nadal, Dominic Thiem, Stan Wawrinka, Nick Kyrgios, Serena Williams, Simona Halep, and Bianca Andreescu are among the prominent names that have decided not to compete in the Tokyo Games.

After testing positive for COVID-19, Johanna Konta was forced to withdraw from the tournament.

Novak Djokovic, who has won the first three grand slams of the year, said he was "50-50" considering competing in Tokyo because the organisers decided to ban fans and limit the number of people he could bring with him.