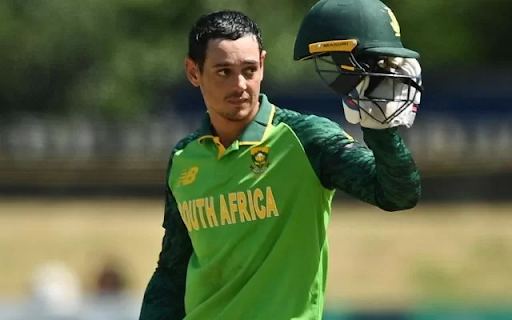 The 3rd One-Day International between India and South Africa was a dead rubber, with no World Cup Super League points on the line. Despite the nature of the contest, it delivered a nail-biter that ODI cricket desperately needed. Suryakumar Yadav, Jayant Yadav, Prasidh Krishna, and Deepak Chahar were the four newcomers to India's team.

Despite their recent poor record in the first ten overs, Indian bowlers reduced South Africa to 34/2 after taking the wickets of Janneman Malan and Temba Bavuma. They also secured Aiden Markram for a reasonable price, but Quinton de Kock continued his outstanding form against India at the other end.

Rassie van der Dussen, on the other hand, hammered a magnificent fifty. Before the Indian bowlers could fill things back up, De Kock and Rassie had a 144-run stand and bowled them out for 287.

Though India lost their new skipper KL Rahul early in the chase, Shikhar Dhawan and Virat Kohli put India in a comfortable position with a 98-run partnership. Then India began to lose wickets at regular intervals, and they were reduced to 223/7.

South Africa appeared to be cruising to another victory. But then, out of nowhere, Deepak Chahar, who is making his first appearance on this tour, delivered a knock of 54 (34) from nowhere. Once again, India was in a good position, needing only 10 runs from 18 balls to win, and Chahar then took a needless shot after regaining control of the situation. After that, South Africa took two fast wickets to win by four runs, completing a 3-0 whitewash.