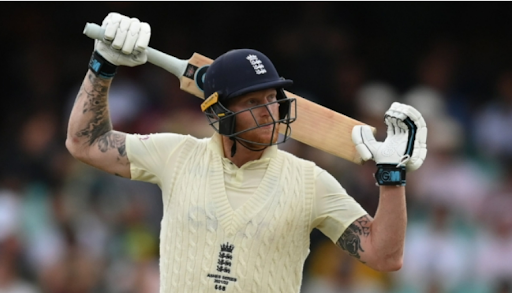 England will not provide a formal update on Ben Stokes' fitness until later this week, but James Anderson has stated that the all-rounder is expected to play in the last Ashes Test in Hobart this week.

Stokes batted for more than three hours on the final day in Sydney, overcoming the pain of a side strain to guide England to a thrilling last-gasp draw with nine wickets down, sealed when Anderson saw off Australia's Steve Smith's penultimate over of the day.

Jos Buttler has already returned home after breaking his right index finger and ending his tour. However, Stokes and Jonny Bairstow, who has a broken right thumb, flew to Tasmania with the rest of the team on Monday ahead of the day-night Test on Friday.

Joe Root's side will go into the last match of the series with a spring in their step after escaping an Ashes whitewash. Anderson also explained what happened during the dramatic finale to the fourth Test at the SCG, when he and Stuart Broad bowled the final two overs.

The 39-year-old told the media that the umpires once declared that it was not bright enough to bowl seam. He commented that he thought at that time, he can do this as spin is his specialty. Anderson said that he felt quite certain heading there and audience would have seen a lot more of the whites of his eyes if Pat Cummins had been bowling.

Anderson also recounted what he said to Smith after fluffing his lines with the final delivery at the end of the match.

As backup for Bairstow and Buttler, England has brought in limited-overs specialist wicketkeeper Sam Billings.

The Kent skipper, 30, was supposed to be going over to the Caribbean next week for England's T20 series in Barbados after his stint in the Big Bash with Sydney Thunder.

He made the 10-hour travel from Queensland, where the Thunder played their final game, to Sydney after being stopped just in time. He has formally joined the Ashes squad following a period in isolation at the team accommodation and was tested negative for Covid-19.